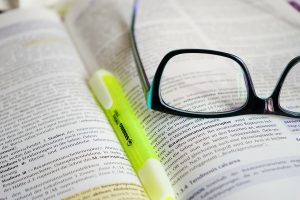 Dr. Michael Young was strongly influenced in choosing Optometry as his profession due to a early childhood experience he had with his Optometrist.

At age 15 he was trying to get his driver’s license and failed the vision test. After taking him to see an Optometrist he was thrilled to find out that the world was a much more detailed place than he had been experiencing the last several years. That first pair of glasses and later on contact lenses allowed him to reach out to the world and interact with it like never before.

Being able to see clearly made such an impression on him that he decided at a very early age that he wanted to be an eye doctor and help others see the world like he was helped.

Dr. Young is a long time resident of Redding, CA and has spent most of his life in our community. He is the oldest of four children and attended elementary and high school in the Redding and Monterey areas. He also attended Shasta College and Chico State University majoring in PreMed, Chemistry, Physics and Mathematics.

He received his professional training at Pacific University College of Optometry in Forest Grove, OR where he graduated second in his class in 1988.

His first year in practice was spent in Paradise, CA taking care of a practice where the older Optometrist was waiting for a heart transplant. After staying there for a year he came to Redding, CA and joined the practice of Dr. Leslie Kratz in September 1989. After working for Dr. Kratz for two years he purchased the practice after Dr. Kratz retired. A year later he move the practice to its present location.

Dr. Young’s professional interests are in all things related to Optometry. He has always maintained the practice at the cutting edge of modern practice. Areas of special interest include ocular disease, specialty contact lenses, dry eye disease and the impact that general body diseases can have on your eyes.

Dr. Young is married to his wife Debbie and they have two dogs. He spends his leisure time following the San Francisco Giants, Auto racing, Autocross, gold prospecting and traveling the world.